Leptospirosis is a bacterial infection that can affect most mammals. It's relatively common in wildlife, and since it can be spread in the urine of those wild animals, dogs can pick it up if they happen to drink from a contaminated stream or puddle. If your dog contracts leptospirosis and becomes ill, there's a good chance they will need to be hospitalized — at least for a few days while they're at their worst. Here are some key things that are good to know when you're in this situation.

Some dogs act very lethargic and obviously ill when they have leptospirosis. Others seem, at least outwardly, less affected by the infection. However, the clinical findings do not always match up with the way the disease seems to be affecting the dog outwardly. Some dogs act really lethargic, but their tests show that their kidney function, blood health, and GI function aren't too affected. Other dogs only act mildly ill, but clinical tests show greatly diminished urinary tract and GI function.

For this reason, it's important to rely on your vet's evaluation of the dog, rather than the dog's behavior, when crafting a treatment plan. If your vet wants to hospitalize your dog because their kidney function is low, the vet's recommended protocol is likely sound — regardless of how your dog is acting outwardly.

As serious as Leptospirosis can be when left untreated, the treatment is actually quite straightforward. Your dog will be given IV antibiotics, which is why hospitalization is necessary. The antibiotics, which are usually a broad-spectrum medication like doxycycline, will help the dog's body fight off the pathogenic bacteria. Dogs are generally also given IV fluids and electrolytes to help improve their kidney function. Anti-emetics may help keep the dog from vomiting.

With persistent, early care in a hospital setting, many dogs do recover from leptospirosis.

Re-examination will be necessary.

When the vet feels your dog is stable, they will generally send them home from the hospital. But this does not mean your battle with leptospirosis is over. Your dog will probably still need to be given oral antibiotics at home for a few more days. And they'll need to return to the vet to have their kidney function tested a week or so later. If leptospirosis has caused lasting damage to the urinary tract, your dog may need a special diet, going forward.

Having your dog contract leptospirosis is scary, but good care is available at vet hospitals around the country.

For more information, contact an animal hospital near you. 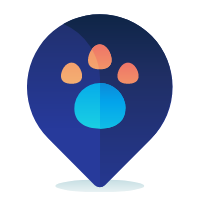 Most contagious human diseases are caused by bacteria and viruses. The same is true of pets. Many of the pathogens that cause disease in pets are different from those that cause disease in humans, but the principles are very similar. Vaccines can help protect your pet from various diseases, and they will need to see the vet for these vaccines. There are many other good reasons to seek vet care, too. A vet can ensure your pet is not showing early signs of any degenerative conditions, they can advise on you feeding and care, and they can track your pet's vital signs. Read the articles on this website for more insight.